I am very very excited to be sharing my third official single with you! I wrote this song back in 2020, but put the song away shortly after because I just wasn't happy with the way it sounded. Now, two years later, I decided to give it a second chance - I re-recorded everything, changed the arrangement, added new parts, cancelled other ones and - for the most special part - I added a children's choir. As this song deals with many topics concerning home, I couldn't have imagined a better choir than the one from my hometown; Frohnleiten. I've been part of this choir for many years myself when I was a child and I feel like kids added the last spark that this song needed. 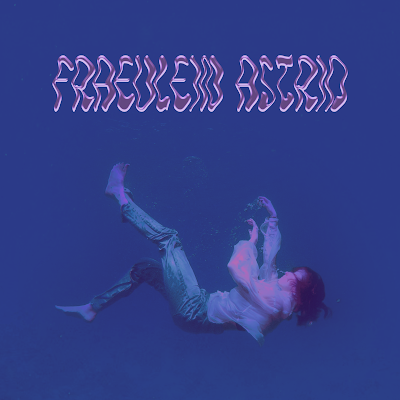 I can't believe it

my second single "I Don't Wanna" is out!

big big thanks go out to Fridolin Krenn for co-producing and mixing the song, to Mathias Garmusch for mastering and Felix Paschke for recording the drums and supporting me aaaaall the way <3

I wrote this song back in December 2021 when everything felt like too much, but not enough at the same time. I was torn between the max of emotions. A constant fight of being insanely happy and terribly sad. I tried capturing this feeling in the sound of the song - a feeling like drowning in emotions, everything building up and up until everything eventually crashes and you end up being alone with all these emotions.

Writing songs has always helped me putting my feelings into words. Right after I wrote this song, I quit my job, university and cancelled the contract of my flat. Nothing more to say haha

We shot the cover/visualizer at the beginning of this year, when we spent 1,5 months in Tenerife, which was my first stop of getting out of Austria after feeling trapped for quite a long time. With all this rona bullshit, I wasn't having the best time back home. It felt like all of the fun parts (like going to concerts, playing concerts, going on parties,...) were taken away from me but I still had to work and live a "normal life". That all got to me until I eventually quit everrrrything.

"I Don't Wanna" is a song for everyone who feels everything at once. About dealing with these emotions. Not just running away. But actually acting and doing something about them.

What’s the use in looking for

Someone who cheers up my heart

When they only play a temporary part

What’s the use in searching for

A better version of myself

Who I’m pretending to be happy with

What’s the use in waiting for

More time to come my way

When I run out of time anyway

What’s the use in going for

Something that makes you feel sane

When everything just stays the same